Everything you need to know about nebulisers!

What is a nebuliser?

A nebuliser is a device that converts a liquid medicine or a saline solution into an aerosol: a mist of thousands of tiny droplets, also known as aerosols. The droplets end up in the lungs during an aerosol treatment. The use of a nebuliser in combination with a liquid medicine is also known as aerosol therapy. This therapy can be prescribed for COPD and cystic fibrosis, and sometimes for asthma. Examples of medication that can be used in combination with a nebuliser are expectorants, antibiotics and bronchodilators. A nebuliser allows the aerosol to enter your airways. Nebulisers usually consist of the following parts:

- A tubing (only with compressor nebulisers)

- A mouthpiece or a mask

Video about the use of a nebuliser

The history of the nebuliser

For the history of the nebuliser, we go back to the 19th century, although experiments with nebulisation already took place before that time. The first 'modern' nebuliser was introduced by the Frenchman Jean Sales-Girons. You could operate this nebuliser with a hand pump. The technology resembled that of a bicycle pump.

In the 1930s, the 'Pneumostat', the first electric nebuliser, came into circulation. Unfortunately, this device was so expensive that hardly anyone could afford it. From the 1950s onwards, developments followed each other in rapid succession and an increasing group of patients became familiar with the nebuliser.

How do nebulisers work?

A nebuliser basically works on mains power (electricity). This is the case with most compressor nebulisers. There are also portable mesh nebulisers that work on a battery (or batteries). You can use a nebuliser with a mouthpiece or with a mask that covers both the nose and the mouth. In general, a mouthpiece is experienced as more comfortable. Masks are mainly used by people who are less comfortable with the mouthpiece, especially children and the elderly. It’s important that the mask fits well on the face, otherwise part of the aerosol will escape.

Renowned nebuliser brands are PARI, Beurer and Philips. There are 3 different types of nebulisers: 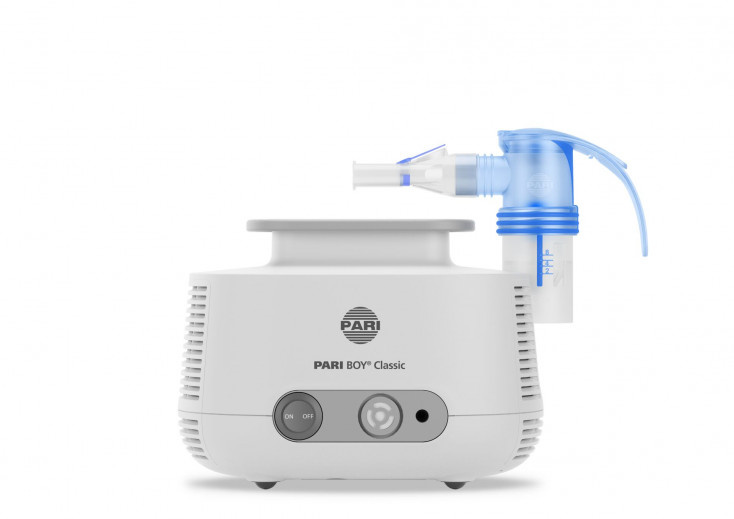 The name already reveals it. This type consists of a compressor and a nebuliser. The compressor generates air and blows it through the nebuliser. The nebuliser itself transforms the liquid medicine into a fine mist. Compressor nebulisers are used by many healthcare institutions. 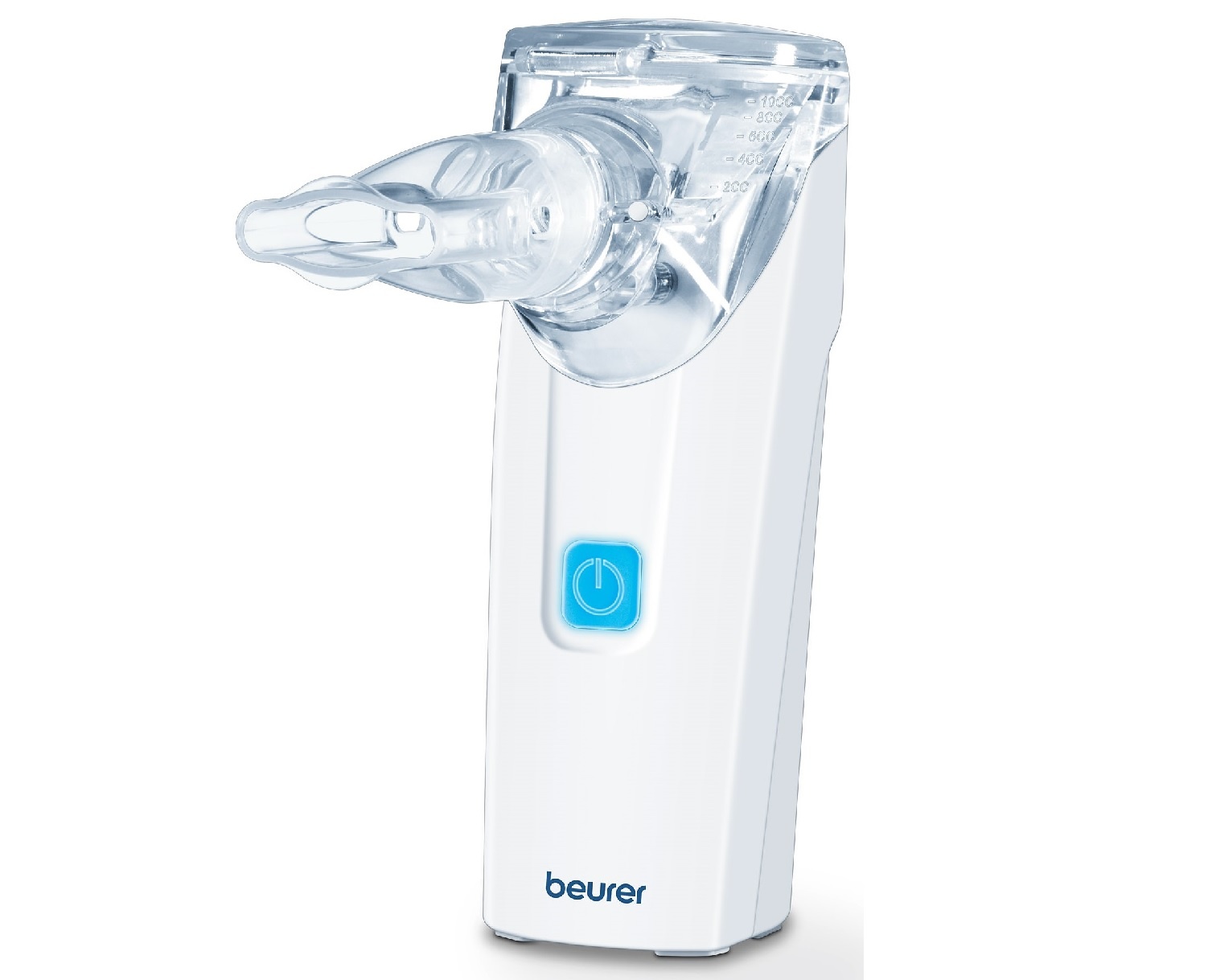 A mesh nebuliser has very small holes (mesh) that vibrate. The vibrations create an aerosol. Since this type of nebuliser doesn’t have a compressor, the device is compact and portable. Mesh nebulisers are suitable for home use and on the go.

What type of nebuliser is most suitable for your situation depends on several factors. Cleaning the nebuliser is very important to avoid getting an infection. Furthermore, the separate parts of the nebuliser should be replaced on a regular basis: at least once a year. Depending on the model, you can order a replacement kit (complete kit with accessories) or individual parts.

Nebulising with a saline solution (NaCl) is also done by people who don’t suffer from a respiratory disease. For example, there are singers who use a nebuliser for their vocal cords. The device can also have a positive effect when you have the flu or a cold. 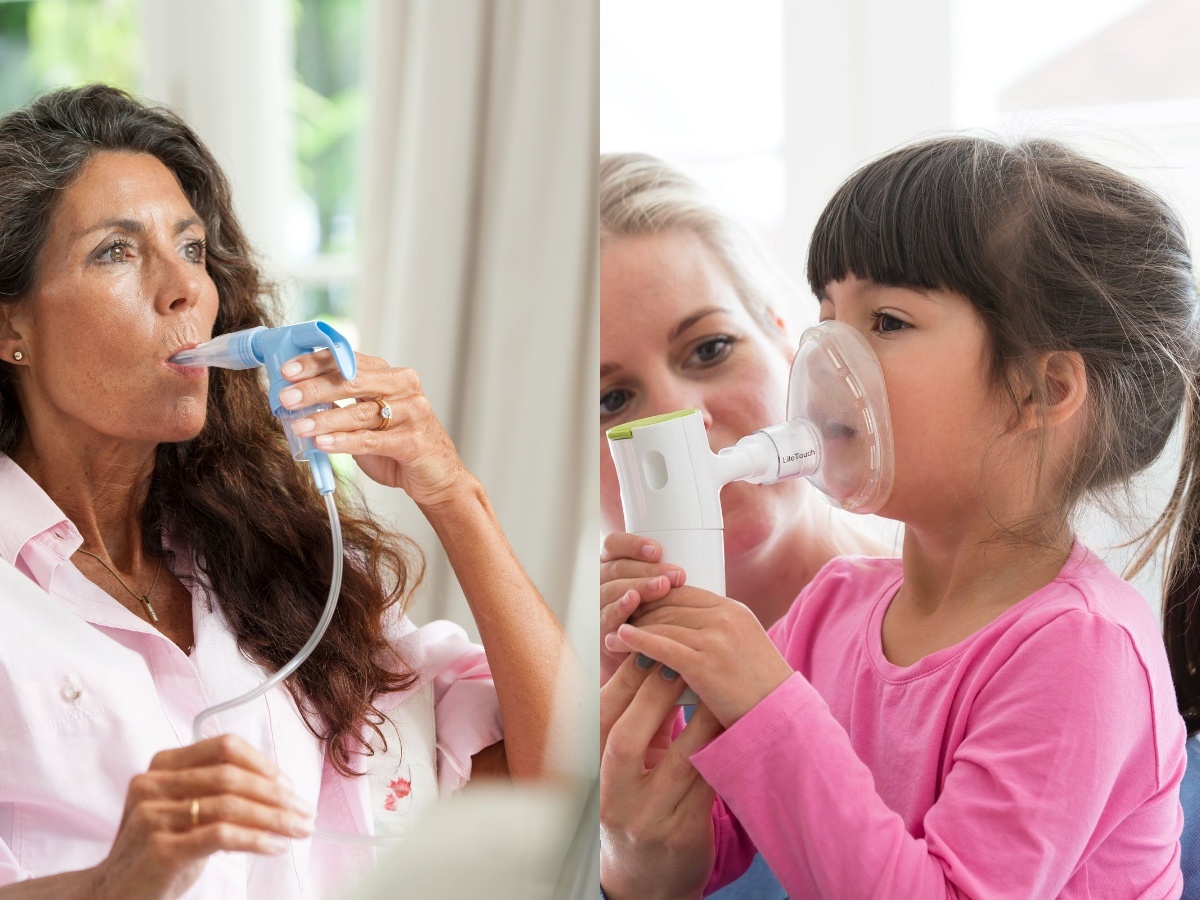 Tips for using your nebuliser

Tip 1: Sit up straight and keep the nebuliser straight to prevent leaks.

Tip 2: Breathe in gently while nebulising, so that the small particles can reach your throat and airways.

Tip 3: Clean your nebuliser on a regular basis. Always follow the cleaning instructions of the user manual.

Nebulise wherever you want, at home or on the go

Maybe you don’t only want to use your nebuliser at home, but also on the go: when you’re with family or on your holiday destination, for example. Compressor nebulisers for home use are a bit less compact. A portable (mesh) nebuliser offers a solution for on the go. Mesh nebulisers are small and lightweight, and often come with a handy storage pouch. Note: you’re not allowed to use your nebuliser while driving!